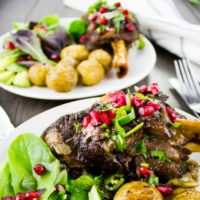 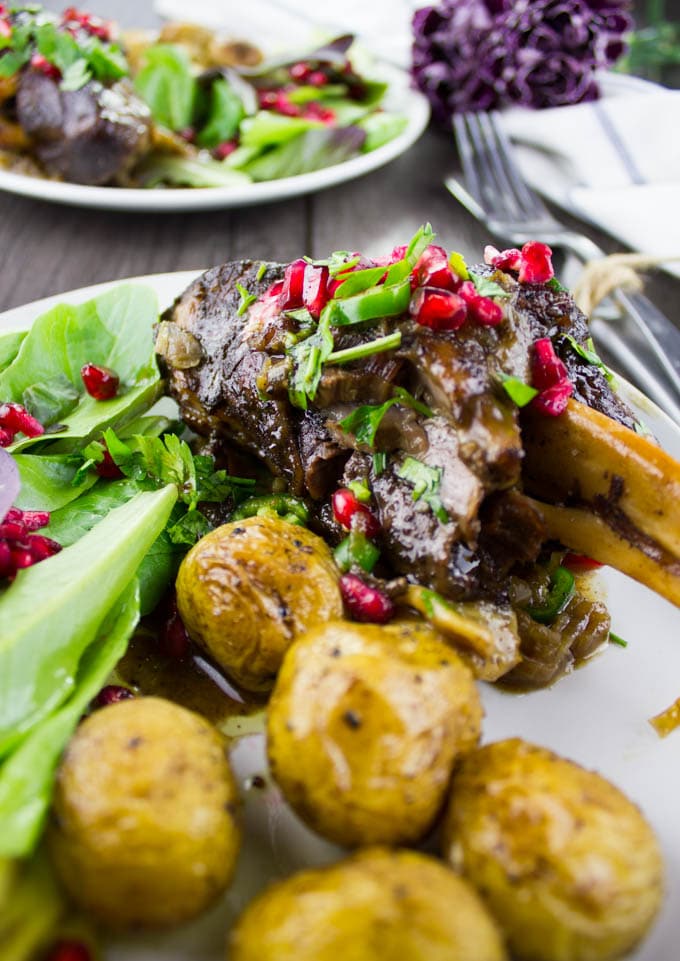 Roasted over a bed of garlic and onions, these Pomegranate Roast Lamb Shanks are a burst of flavor and the perfect festive main for the Holidays! Serve alongside any veggie side dish, rice, pasta, bread or potatoes!

Today’s roast lamb shanks are my favorite for the Holidays!! Not a surprise, I know. You’ll love Lamb because it’s packed with flavor, so versatile with plenty of different cuts, and it feels so festive!

To me, roast lamb is absolute comfort food, which is what I look for every holiday. Above all, when it comes to lamb, I can’t stress this enough—make sure you’re buying American Lamb.

There’s absolutely no comparison between American Lamb and any other. Take that from me, I’ve lived in many places and ate lamb almost all my life.

I can tell you for a fact that American Lamb beats them all. If you guys ever visited a farm, you’ll feel so connected to the place and the people behind it. Supporting local farmers is almost like an instinct we should all have.

And when it comes to lamb, not only you’ll be supporting hard working devoted farmers, you’ll also be getting the BEST lamb there is!

American lamb is raised to the highest quality standards, it’s as fresh from the farm as can be, and above all, it tastes AMAZING! 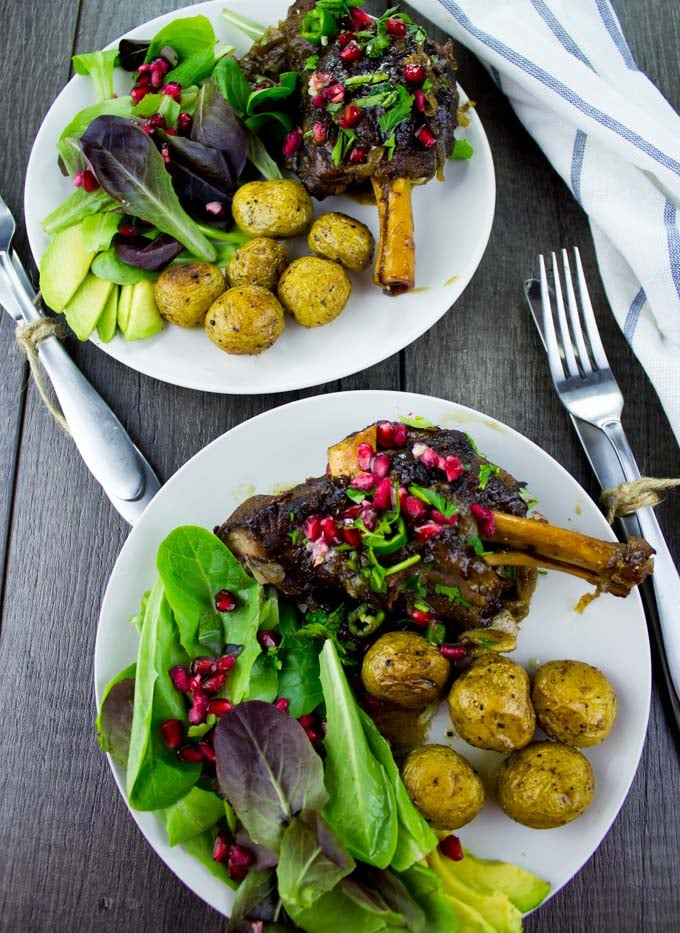 HOW TO MAKE ROAST LAMB SHANKS

Now for these roast lamb shanks, you can scroll below for a short video on how easy they are. No marinades or fuss, just toss the shanks with salt, pepper, nutmeg, and cinnamon.

Then a drizzle of pomegranate molasses, olive oil and that’s it!

Toss the lamb shanks with tall the amazing flavors, then place them on a bed of sliced onion and smashed garlic. Finally pour in some stock and roast these shanks for nearly two hours.

These are perfect served with some potatoes and salad! And since you really don’t need huge servings of lamb, you’ll have some room for dessert this Holiday season—which we all need 🙂

Pomegranate roast lamb shanks is really one of those meals you can whip up the day of, or even a few days before and warm it in the oven before serving. You don’t need any fancy cooking skills, just some spice and go! 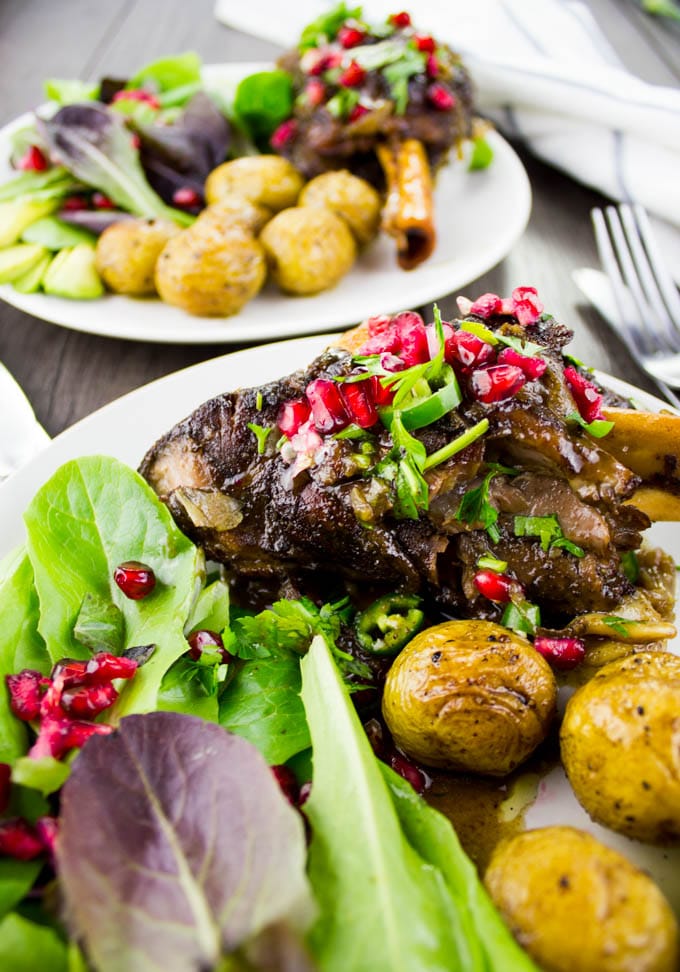 Another thing I wanted to mention is the pomegranate molasses. You’ll find it at the ethnic aisle of most grocery stores now, and if you want to make some from scratch ( I strongly suggest you do!), I’ve included the recipe below.

This magic sweet sauce is great for cocktails, salad dressings, sandwiches, lamb, chicken, desserts, you name it! Use it the same way you would use a nice thick Balsamic reduction. 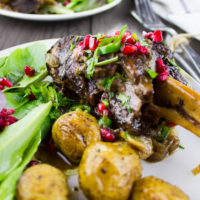